Going ‘Round the Wheel of the Year Part 2: The Sabbats

We gave an overview of the Wheel in the last blog, but now it’s time to dig a little deeper and get into each specific sabbat. For the purposes of consistency, we’ll go through each sabbat chronologically, beginning with Samhain which is often referred to as the Witch’s New Year.

A couple of considerations before we get started: Celebrate Witchtober - the witchiest month of the year - with this darling Witch's Cauldron Cuff Bracelet!

Pronounced (sow-ween), this is perhaps the most well known of all the sabbats thanks to Halloween (also known as All Hallow’s Eve). While the general public are dressing up in crazy costumes, running through haunted houses, and going trick-or-treating, you’ll find pagans and witches celebrating in quite a different way.

This Celtic festival marks the third and final harvest of the year as well as the death of the sun and beginning of the darkness. The darkness doesn’t signify anything malicious, but rather it brings the promise of rebirth.

During this time, they would give thanks to the Earth for the bounty received and reflect on the people and things lost during the previous year.

It’s believed that the veil between the living and dead is thin during Samhain, making it the perfect time to honor and commune with friends and families who have passed. Also see: Why We Celebrate Halloween

It’s time to beckon in the light! The longest night of the year marks the return of the sun’s providence over the sky or, in other words, the beginning of longer days and shorter nights.

This gleeful sabbat is a celebration of family, friends, and warmth. Many of the much-loved traditions and decorations enjoyed during the Christian Christmas stem from Yule, such as hanging mistletoe, holly, wreaths, decorative lights, and gift giving - just to name a few. Another favorite tradition is the Yule log, originally an entire tree. Today, you can still find the Yule log tradition upheld in many Germanic countries, but in place of a real log, you just might find a delicious log-shaped dessert.

This is the midpoint between the winter solstice and spring equinox. As this sabbat symbolizes the promise of spring’s return and marked by signs of new life, it’s no surprise that rebirth and fertility are major themes. In fact, Imbolc means “in the belly” in Gaelic.

The Celtic goddess Brigid, goddess of fertility, healing, and poetry, is a mainstay of Imbolc and as much of Ireland converted to Christianity, came to be called St. Brigid.

There is, of course, a lot of emphasis on planning for the growing season ahead, but Imbolc is also a time of purity and renewal. It’s not uncommon for witches to initiate new members into a coven and for pagans everywhere to re-dedicate themselves to their spiritual path. Tap into your inner goddess with the Triple Goddess Talisman Collection

On Ostara, the day and night are equal length, symbolizing the balance and equal power of the Goddess and God. The name of the springtime festival comes from the Germanic goddess of Eostre, goddess of fertility and springtime.

With the help of the Christian Easter, this spring equinox celebration is another popular holiday throughout the non-pagan world. Historians don’t quite know how Ostara was celebrated by ancient pagans, but modern pagans use this time to show gratitude for the living gifts bestowed by the Earth.

With all of the birthing energy during this time, it’s the perfect opportunity for creation and beginning new projects! Also see: Your Guide to Ostara and 5 Rituals to Welcome Spring Time

The midpoint between spring equinox and summer solstice, Beltane is a time of great joy and excitement. The Earth continues to flourish, the warmth of summer is coming, and the harvest season is on its way. Some believe the name Beltane comes from the Celtic God Bel, meaning ‘bright one’, and the Gaelic word ‘teine’ which means ‘fire’, while others believe it comes from an old ritual that includes blessing livestock by having them pass through bales of hay on fire.

Beltane symbolizes not just fertility but love, so it’s common to see pagans and witches marry and engage in handfasting ceremonies during this time. In mythology, the God and Goddess mated during this time, so some pagans let their lusty side take over.

Modern pagans, and non-pagans as May Day has become popularized, dance rather than practice more sensual arts. The Maypole, seen in pagan and non-pagan festivities alike, is the centerpiece of the celebration. Dancers hold onto the long ribbons attached to Maypole, originally a tree, and dance around it in celebration.

It’s summer solstice! At this point, nights begin to get longer, slowly giving way to the darkness and cooler weather. In contrast to Yule, this is when it’s believed that the Oak King surrenders to the Holly King.

With the fall harvest on its way, there’s much to look forward to. Carrying on with the fire and excitement of Beltane, pagans celebrated by lighting bonfires to encourage the sun as well as ward off evil spirits.

Midsummer, as Litha is often referred to, provides a thin veil between worlds. As such, many pagans and witches leave offerings to fae folk. Lammas/Lughnasadh marks the midpoint of the summer solstice and autumn equinox. Each passing day grows shorter and cooler.

As the first harvest festival, Lammas or Lughnasadh is a time of abundance and gratitude. Lammas means ‘loaf mass’ in old English after the loaves of bread made from the newly harvested grain and Lughnasadh comes from the Celtic God of light and harvest, Lugh.

This sabbat is celebrated with communal gatherings, feasts, and competitions. It’s the perfect weather for outside activities so our pagan ancestors tested themselves with physical feats such as wrestling, archery, and racing, etc. The pagan Thanksgiving, Mabon is the second harvest festival and the perfect time to show gratitude to the Earth for all its fruits and bounty. This is a time of contemplation; during Mabon, we revel in our hard work and reflect on not only our gains but our losses - literal and metaphorical.

Unlike the other sabbats, Mabon was named recently. Though the autumnal equinox has been celebrated since ancient times, it’s believed to have been named in the 1970s after Mabon, Welsh God and hero.

As with Ostara, Mabon signifies the point of the years when day and night reach equal lengths. Because of this, there’s an emphasis on balance here. While we’re celebrating the hard work and bounty of the harvest, it’s also time to prepare for cold, sparse winter months.

This is, of course, a brief overview of each sabbat to get you started. Because the Wheel of the Year is a beautiful patchwork quilt of ancient and modern beliefs and rituals., it would take ages to break down the origin and symbolism of each.

So, what about you? Are you a May Queen or do you prefer the playfulness of Midsummer? Which is your favorite sabbat? 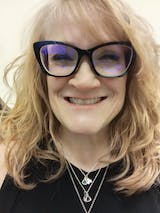